The Heart of Tantra with Yongey Mingyur Rinpoche

Recordings of Rinpoche, Khenpo Kunga and Lama Trinley's teaching sessions will be posted within 72 hours after the end of the last session and will be available for a limited time.

Who can attend this event?

This program is open to everyone.

Translation from English will be offered in Chinese, French, German, Portuguese, Russian, and Spanish.

This event happened on August 12

The Heart of Tantra with Yongey Mingyur Rinpoche

At the heart of the Vajrayana approach is pure perception — seeing ourselves and the world we live in as expressions of enlightenment. Cultivating this view begins with a recognition of the intrinsic goodness within each of us. During this weekend retreat, Mingyur Rinpoche will discuss the practice of pure perception and its relationship to buddha nature.  In particular, he will highlight how to infuse our everyday life with the view of pure perception.

WHY SHOULD I ATTEND?

Are you curious about the Vajrayana approach, and would you like to explore it? Have you been introduced to Vajrayana practice but struggle to connect with it? During this retreat, Mingyur Rinpoche will provide a foundation for understanding and relating to the Vajrayana path, highlighting its practical application in our everyday lives.

WHAT WILL I LEARN?

During this retreat, you will:

WHAT IS INCLUDED IN THIS PROGRAM?

This online retreat will be streamed live from Nuremberg, Germany. If you would like to attend the event in-person, please follow the link below for more information and booking via Eventbrite.
Learn More and Register for the In-Person Event

Thank you for your interest

This event happened on august 12. If you attended this event, you can access your resources by logging in.

We invite you to take a look at more events with Mingyur Rinpoche and Tergar Instructors. 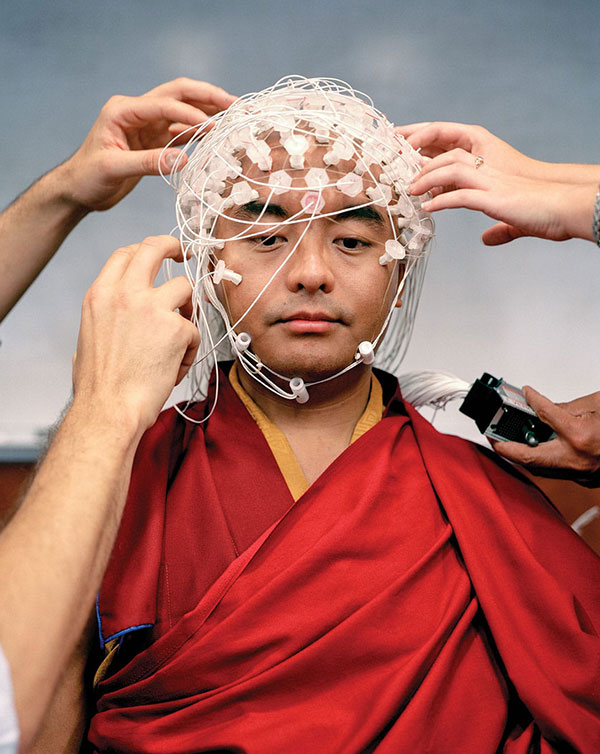 In his approach to teaching meditation, Mingyur Rinpoche integrates traditional Buddhist practice and philosophy with the current scientific understanding of the mind and mental health – making the practice of meditation relevant and accessible to students around the world.

Mingyur Rinpoche is a world-renowned meditation teacher with personal experience of anxiety and panic attacks, which he suffered from throughout his childhood and into his teenage years, when he learned to transform his panic through meditation. Born in Nepal in 1975, Mingyur Rinpoche began to study meditation as a young boy with his father, Tulku Urgyen Rinpoche, himself a well-respected Buddhist teacher. As a child he became interested in contemporary science through conversations with scientists who were visiting his father, and as he grew older he began to collaborate with neuroscientists and psychologists, including Richard Davidson and Antoine Lutz at the University of Wisconsin, on research projects that study the effects of meditation on the brain and the mind. 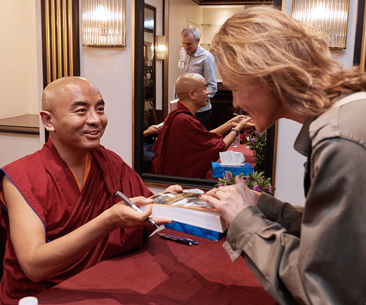 Mingyur Rinpoche’s first book, The Joy of Living: Unlocking the Secret and Science of Happiness, debuted on the New York Times bestseller list and has been translated into over twenty languages. His second book, Joyful Wisdom: Embracing Change and Finding Freedom, explores how difficult emotions and challenging life situations can be used as stepping stones to discover joy and freedom. In his most recent book, In Love with the World, Mingyur Rinpoche shares how his meditation practice sustained him when he left his monastery to wander through India and the powerfully transformative insights he gained from the near-death experience he had at the beginning of his journey. Mingyur Rinpoche recently appeared in the Netflix series The Mind, Explained, in an episode about the benefits of mindfulness.

As the head of the Tergar Meditation Community, Mingyur Rinpoche supports groups of students in more than thirty countries, leading workshops around the world for new and returning students every year.

Khenpo Kunga is a Senior Tergar Lama. He became a monk at a young age and began his education at Tergar monastery, where he studied the rituals, prayers, and other traditional practices of the Tibetan Buddhist tradition. At fifteen, he entered an extended meditation retreat and spent three years mastering the profound contemplative practices of the Kagyü lineage.

Following this period of intense meditation practice, he entered the renowned Dzongsar monastic college near Dharamsala in Northwest India. After studying there for eleven years and receiving his Khenpo degree (roughly equivalent to a PhD), he taught at Dzongsar college for three additional years. Khenpo Kunga’s primary teacher is Yongey Mingyur Rinpoche, though he has studied with many other revered masters as well.

In recent years, Khenpo Kunga has taught in Asia, Europe, and the United States as one of the main teachers for the worldwide network of Tergar monasteries, meditation centers, and meditation groups.

Lama Trinley has been the resident teacher at the Tergar Mingjue Phoenix Center since November, 2007. Lama Trinley began his education at Tergar Monastery, where he studied the rituals, prayers, and other traditional practices of the Tibetan Buddhist tradition. He entered the traditional three-year retreat when he was seventeen years old, after which he spent six years training in the monastic college of Tergar Monastery, where he taught for three years as assistant professor. His command of English and his humble and gentle demeanor make him easily accessible to newcomers and experienced meditators alike.

Please fill in this form to create an account.